From reusing construction material to utilizing energy-producing glass facades, the Center is designed to cut CO2 emissions and minimize impact on the environment and climate change.

Stockholm Waterfront Congress Center features conference halls, offices and a hotel facility. Built in 2011 and spanning over 72,000 sqm, the Center is located between the Stockholm Central Station and the Stockholm City Hall. In the construction of the centre, a large part of material from the previous building was reused. The following measures have been implemented to enhance energy efficiency of the Congress Center:

Facades are giant solar collectors
The large glass facade of the Congress Hall is perfectly located in the southern direction and acts as a giant solar collector. The glass façades are 1,040 sqm solar collectors that on average gather 1 MW of heat energy on a daily basis. This is equivalent to 90,000 normal low energy bulbs. The facade has double layers of glass with air between them, which is heated by the sun. The hot air is converted to hot water and distributed to other buildings, for heating domestic water.

Energy is balanced between the buildings
Stockholm Water Front consists of three buildings with totally different energy profiles. The office building does not use much energy during evenings and nights and the hotel has its highest energy consumption during mornings and evenings. This imbalance is used whereby energy is transferred between the buildings according to the demand.

Ice Storage for cooling
The buildings are cooled by water drawn from the lake. The cooling water is stored in 250 tonne of ice tanks in the basement during the night, and used at peak hours during the day.

These measures ensure that Stockholm Waterfront Congress Centre is one of the most energy efficient buildings in the world, achieving the LEED Gold standard. 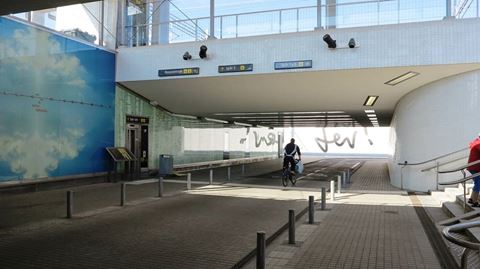 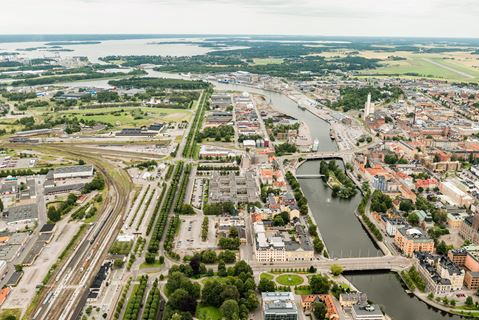