As segregation and inequality are increasing in many parts of the world , inclusiveness in the planning process of cities and communities is becoming even more important. The city of Umeå in northern Sweden is working hard to create an inclusive, safe environment for all.

The gendered landscape tour of Umeå

Umeå provides a bus tour around the city to show ‘the gendered landscape of Umeå’. This is an innovative way of demonstrating how a gender equality-based approach is taking shape in the city. The tour points out successful changes and work in the city, as well as highlighting remaining issues. In line with Umeå’s ambitious plans on sustainability and gender equality, the gendered landscape approach has been developed in Umeå, and, to the best of our knowledge, it is the first of its kind in Europe.

The ‘the gendered landscape’ approach is being used to educate and create awareness about the importance of a cohesive understanding of gendered power structures concerning all urban planning in the city.

The tour currently outlines 25 integrated practices in the city and is an innovative way of demonstrating the effects of achieving gender equality. Different stakeholders are represented at the stops on the bus tour, as well as different levels of government.

One example is the Freezone park, a collaboration between different parts of the municipality and groups of girls and young women in the city. The collaboration led to a better understanding of expectations that young women deal with every day and the need for public spaces where there are no preconceptions . This new knowledge resulted in a park being built in the city centre.

Increased lighting, rounded corners and a large entrance in the middle are a few examples of a gender equality-based approach to building the new station tunnel in Umeå. The tunnel connects the city centre with the neighbourhood of Haga and is a good example of how physical planning can benefit from a gender equality approach.

Raising awareness about issues of power

The architects have worked on space, height, daylight, rounded edges, a gradual gradient, artwork and maximum transparency. Adopting a gender equality approach to this project meant raising awareness of issues regarding power in public spaces, male violence towards women and how the city is perceived in terms of violence, a sense of security and accessibility.

The new tunnel is wider and brighter, with optimised lighting at all entrances. An additional entrance in the middle is another example of how the tunnel has been designed to create a sense of security in a place that can sometimes be perceived as unsafe. Rounded corners allow for a better view as you enter the tunnel and there is nowhere for potential aggressors to hide.

Umeå is highlighting the importance of social sustainability and inclusiveness in urban planning, aiming to achieve an equal society with good quality of life for all. In 2019, Umeå initiated a call for a new European Award for Social Progress, together with 12 other cities in the European Union. 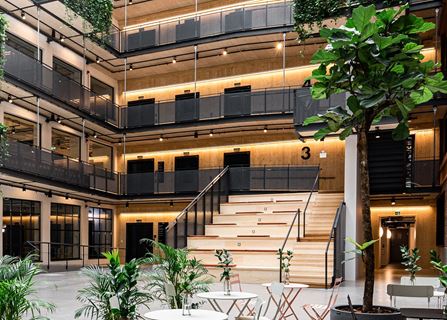 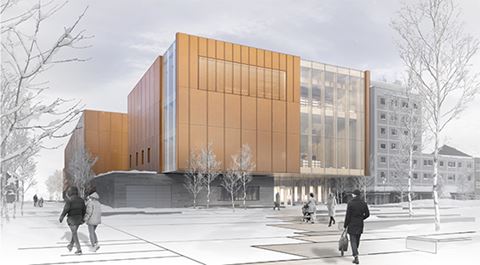 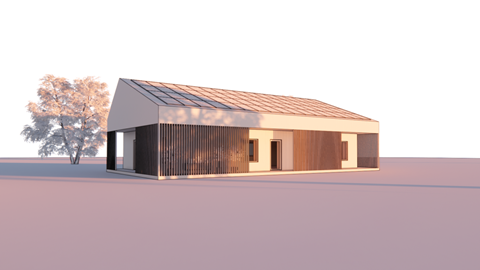 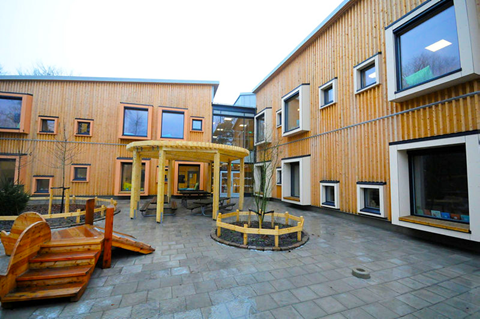 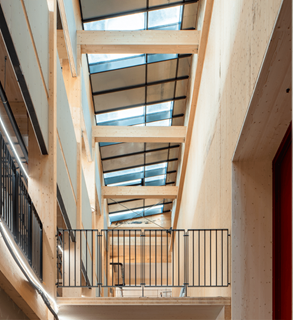 Advances in timber construction are attracting more and more attention from contractors and architects, who are discovering the benefits of using wood as a building material. In Skellefteå, you can experience a ‘wood safari’ to learn how creative ideas produce low-carbon, attractive living environments.

At times of more extreme weather caused by climate change, the downside of dense cities with few green spaces and more paved surfaces is evident; extreme heat, flooding and reduced biodiversity. Blue Green City Lab is a test bed that evaluates new and proven ‘blue-green’ solutions to mitigate these effects. 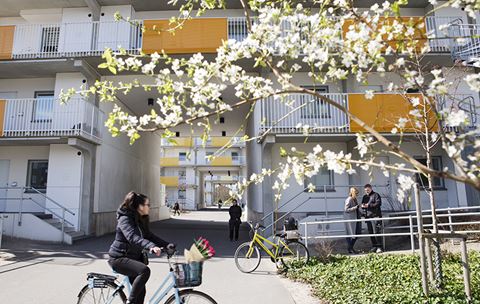 Social and Environmental Investment in Vårsången: a Good Deal for Everyone

The renovation of the rundown area of Vårsången in Malmö has generated many positive effects. People previously moved to Vårsången because of a lack of other options. Today, they move there because it’s an attractive district where residents want to live. This has increased property values significantly, proving that social and environmental investment is a good deal in the long run.

Ohboy, the Bicycle House – Built for a Sustainable, Cost-Effective Lifestyle

Ohboy the Bicycle House in Malmö is designed, built and owned by architects Hauschild + Siegel. Owning the process from drawing board to finished product has allowed the architects control the entire concept and ensure it meets their vision of a smarter way to live.