The number of companies in Sweden that work with indoor vertical farming is growing. Today Sweden is one of the world leaders in the area, together with Japan, the US and Germany. 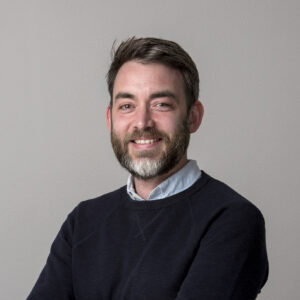 He has led several research projects about urban farming that aim to find alternative solutions to produce more food within the country in the future. Indoor farming has become more accessible thanks to developments in technology such as lighting and multi-level shelving systems, enabling urban farms in the cities’ apartment buildings.

– Vertical farming requires little space, and the need for food transportation decreases as the urban farms are situated close to the market. Indoor cultivation also means that we can have a year-long production and reduce the use of pesticides compared to traditional.

Vertical farms are, so far, mainly used for the cultivation of lettuce and herbs. Still, the potential is excellent: Tomatoes, peppers, and other vegetables are becoming more popular – as well as strawberries and mushrooms.

But there are challenges. That the systems require much electricity is a clear disadvantage.

Another problem is that the systems are often linear rather than circular.

– There are great possibilities for more sustainable indoor cultivation if the vertical farms can be linked to nutrients, water and heat from the cities – for example, by using the cities’ waste streams or by reusing the heat from the farms, says Michael Martin.

– The goal is to make indoor cultivation more resource-efficient and sustainable. Today’s production of vegetables from urban farms can undoubtedly be expanded. About five years ago, maybe five companies in Sweden specialised in vertical cultivation. Today there are at least 15, Michael Martin says.

So far it is above all producers and retailers that promote vertical cultivation, among others Swedish large companies such as ICA and Ikea. Municipalities are more hesitant although their interest is growing to support innovations in the urban environment.