This week, for the first time, a unique local marketplace for electricity, heat and cooling is being tested at Chalmers’ Johanneberg campus. The EU funded initiative is a collaboration between nine local partners and is being held to find new ways towards a fossil-free energy supply system at international level.

This week, for the first time, a unique local marketplace for electricity, heat and cooling is being tested at Chalmers’ Johanneberg campus. The EU funded initiative is a collaboration between nine local partners and is being held to find new ways towards a fossil-free energy supply system at international level.

The Fossil-free Energy Districts (FED) project has been running for a year and a half, and now the digital, IoT-based marketplace is ready to be connected to campus buildings and tested in a sharp spot. The idea is that buildings that both consume and in some cases produce energy should communicate with each other to avoid energy consumption peaks that are both expensive and bad for the environment. 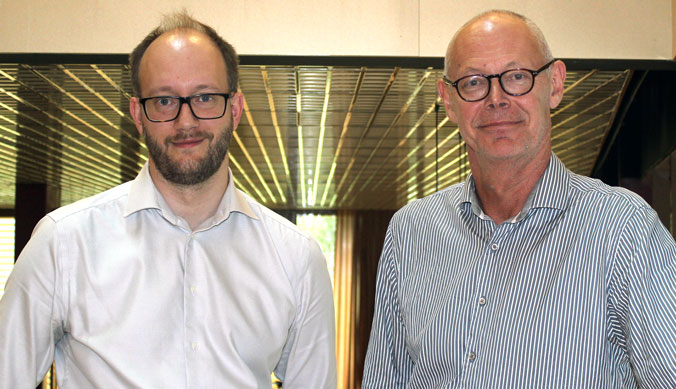 –        FED’s marketplace is unique in several ways, partly because it connects both electricity, heat and cooling, and partly because it allows smaller players, such as a property owner who has installed solar panels on the roof, to participate in energy trading. At the same time, the system is connected to the larger external network, in our case Göteborg Energi, which provides cover when needed, says Claes Sommansson, FED Project Manager at Johanneberg Science Park.

The FED system handles large amounts of data, both from property owners own systems and information such as weather and electricity pricing, and is updated hour by hour. But it is not the property owners themselves who have to process the information. This work is done by smart digital agents who make decisions to optimize energy efficiency in the area. The AI agents are programmed by Ericsson and based on machine learning, which means that they will get better at their job over time.

–        The biggest advantage of FED is that it’s a flexible system and that’s something we’ll need in the future when the share of energy from renewable sources, like solar and wind, grows. The uneven supply of these sources causes price fluctuations to grow, but the agents in the FED system can for example predict a cold spell and decide to start heating a house before it happens. In this way, you can buy energy at a lower price, before demand increases, but you also avoid burning fossil fuels like gas and oil, says Ericsson’s Joakim Pontén, who has been in charge of the IT solution within FED.

The two property owners at Chalmers, Akademiska Hus and Chalmersfastigheter, are obvious partners in the project, and together they are making significant investments that will be rolled out in the autumn, including several new solar cells and a large battery for storing solar power. The entire FED system is expected to be operational at the end of the year, and the tests being carried out now are an important milestone.

A major challenge has been to connect the property owners’ systems with Ericsson and Göteborg Energi’s systems. The test week we are now completing is confirmation that our property systems linked to the parent FED marketplace are working well, says Per Löveryd, Innovation Coordinator at Akademiska Hus.

The Fossil-free Energy Districts project, FED, is an innovative effort by the City of Gothenburg to decrease the use of energy and the dependence on fossil fuel in a built environment. A unique local marketplace for electricity, district heating and cooling is being developed together with nine strong partners. The City of Gothenburg, Johanneberg Sciene Park, Göteborg Energi, Business Region Göteborg, Ericsson, RISE Research Institutes of Sweden, Akademiska Hus, Chalmersfastigheter and Chalmers University of Technology are all contributing with their expertise and knowledge to make FED attractive for other European cities as well. Johanneberg Science Park has the coordinating role on behalf of the city. During 2017−2019 the FED testbed will be situated on Chalmers Campus Johanneberg. FED is co-financed by the European Regional and Development Fund through the Urban Innovative Actions Initiative, an initiative of the European Commission for cities to test new solutions for urban challenges.

Do you want to visit FED?Green Gothenburg arrange study visits for delegations and decision-makers. Please contact us viamailor read morehere.