Almost everything we consume will one day become waste. At current rates of consumption and growth, waste streams are set to rise substantially.

In recent decades, waste management practices have made considerable progress. As more goals, policy instruments and measures have been introduced, public environmental awareness has increased. Waste is no longer seen as merely garbage, but as a valuable resource.

In Sweden, an important task is to identify obstacles and opportunities for more sustainable consumption and to correlate behaviour with waste management planning. Waste prevention, reuse and reparation are the primary measures when it comes to waste management.  Waste affects everyone and households, as well as industry and municipalities, can contribute to decreasing the amount of waste and recycle and reuse the waste created.

Household awareness a major part of the success

Material recycling is the top priority and source separation of waste is made in an absolute majority of the Swedish households. The awareness and dedication of the citizens of Sweden is the key success factor that has led to Sweden to be considered as one of the global leaders in sustainable waste management.

Most households in Sweden separates its waste into the following fractions: Food waste, packaging of metal, plastic, paper and glass, newspapers, electronics, tires and batteries. Important steps to increase reuse and repair of goods are currently taken. Extended producer responsibility creates incentives for the producer to decrease waste generation and increase material recycling.

A large share of the waste generated in Sweden is incinerated in waste-to-energy facilities, where water for district heating as well as electricity is generated. As a result of all measures taken, less than one percent of the total waste generated in the country is put on landfills. Urban planning is an important tool when municipalities want to work to treat waste according to the waste hierarchy.

The legal basis for the Swedish waste management system is established by both Swedish and European waste legislation. In Sweden, the least preferred solution is the disposal of waste at landfills. The most favorable option is to prevent waste generation and reuse and repair products. If waste is still generated, the key target is to recycle the materials.

Overall milestones of the development of Swedish waste management

Information to citizens to change behavior

ReTuna Återbruksgalleria is the world’s first recycling mall, marking the start of a low-carbon shopping revolution. Old items are given new life through repair and upcycling. Everything sold is either recycled or reused, or has been produced organically or sustainably. 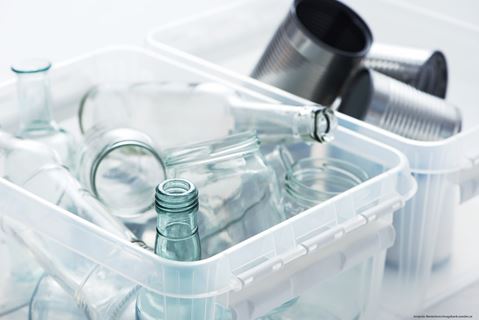 Increased recycling for a more resource efficient society implies needs for smart solutions for collecting and recycling materials. Several innovative solutions can be found in Östergötland.